Edmonton, Alberta – May 9, 2022 –  The Alberta Canola Producers Commission is pleased to announce that Karla Bergstrom will be the next leader of Alberta Canola. She is taking over from General Manager Ward Toma who is retiring and is starting in her new role as Executive Director on May 16, 2022. 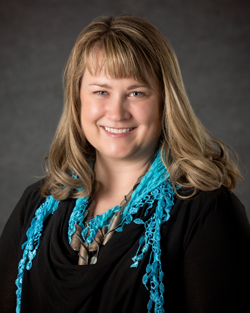 “Karla’s significant policy development and government relations expertise, internal knowledge, commitment to excellence, and relationships within our organization and the canola family make her an exceptional individual for the role of Executive Director. We are confident in her leadership skills and vision that will contribute to the continued success of Alberta Canola,“ says Roger Chevraux, Chair of Alberta Canola.

Bergstrom has over 10 years of experience leading Alberta Canola in its legislative duty to advise governments on issues affecting canola farmers, which the Board feels will be an important skill for our ED to have going forward with the increasing importance of government regulations in agriculture. She will build on key relationships with the canola family and Team Alberta to amplify the farmers’ voice that advances the crop sector and contributes to the long-term success of canola farmers in Alberta.

“I am extremely proud to be the new Executive Director of Alberta Canola because it is the perfect combination of being able to lead such an incredibly talented team, manage the business of one of the greatest commissions in our province, and work for farmers who grow one of the most successful crops in Canada,” says Karla Bergstrom.

The mission of Alberta Canola is to support the long-term success of canola farmers in Alberta through research, extension, consumer engagement, and advocacy for canola farmers.