The mission of Alberta Canola is to support the long-term success of canola farmers in Alberta through research, extension, consumer engagement, and advocacy.

The Commission in no way regulates or is involved with the production, buying, or selling of canola.

The Alberta Canola Producers Commission is funded by a refundable $1.00 per tonne service charge paid by canola farmers in Alberta when they sell their canola.

The Board of Directors meet as a whole every three months. The Board is guided in its decisions by the recommendations from five committees:

The Board elects the Chair, Vice Chair, and Committees at the first Board Meeting after the Annual General Meeting. 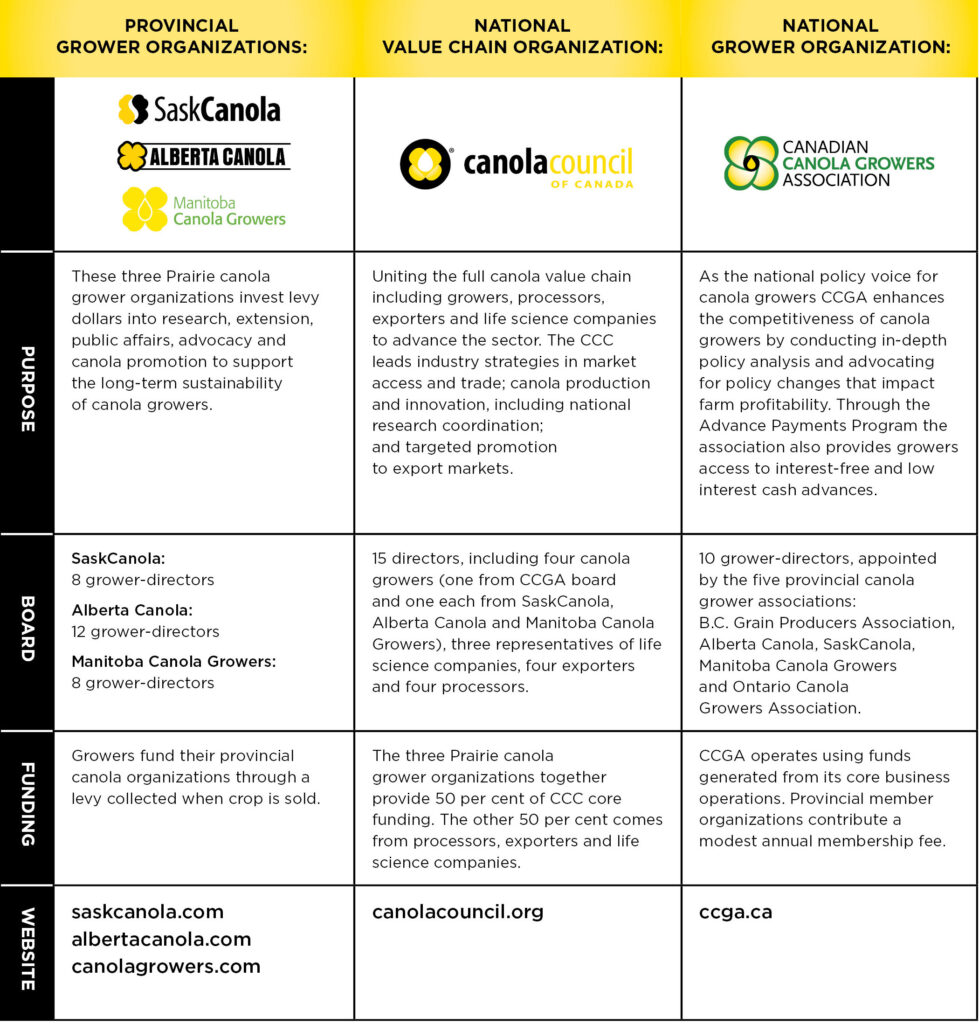 Alberta Canola works to affect change on policy matters important to canola farmers. The Government and Industry Affairs Committee is responsible for informing the Board and governments about policy issues affecting the canola industry.

Alberta Canola represents over 14,000 canola farmers in Alberta on provincial, national and international issues. We work with our national groups, the Canadian Canola Growers Association (CCGA) and Canola Council of Canada on national and international issues, and with Team Alberta (Alberta Pulse Growers Commission and the  Alberta Barley and Wheat Commissions) on provincial and national issues affecting the crop sector. We advocate for grower interests through direct representation to parliamentarians, legislators, and government officials.​​​

Have a question or issue affecting your farm you wa​nt to discuss? Contact Karla Bergstrom, Executive Director.

If you have a resolution, please contact the Alberta Canola office at 780.454.0844 or by email web@albertacanola.com.

All commissions operating in Alberta are governed by the Marketing of Agricultural Products Act and Regulations. These regulations define the governance model specific to each commission and include such things as membership, regional representation, board of directors, nomination and election processes, meetings, mandate, check-offs, etc. Click on the links below to read the Alberta Canola Producers Commission’s regulations: