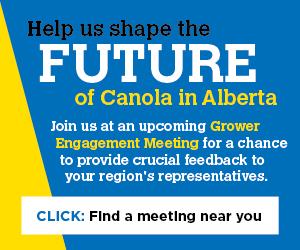 Getting a Handle on Where Clubroot Exists in Manitoba

With clubroot disease showing up in fields east of Alberta over the last few years, there’s work underway in Manitoba to survey the entire canola-growing region of the province for the presence of clubroot spores.

So far, spores or symptoms have been found in 13 fields in 10 rural municipalities in Manitoba. Spore concentrations in these cases have generally been much lower than in central Alberta, where clubroot was found over a decade ago, explains Holly Derksen, field crop pathologist with Manitoba Agriculture, Food and Rural Development, in this episode of the Canola School.

“The general feeling is that you need 100 thousand spores per gram of soil to see symptoms consistently in the field (galls on canola roots.) We had one field that showed symptoms in the field and it was at 89 thousand,” she says. “But most of them are much lower than that and a number are actually below the range where we can quantify, which is about 1000 spores per gram of soil.”

With support from the Manitoba Canola Growers Association, as well as the federal and provincial governments, a lab capable of testing soil for clubroot has been set up in Winnipeg, meaning samples will no longer have to be sent to the University of Alberta. The Pest Surveillance Initiative funding is also being used to test every township-range across the canola-growing part of Manitoba for clubroot, explains Derksen.

“We know it’s in 10 RMs but there’s most likely a lot more out there. We’ve only tested a small percentage,” she says, noting producers will soon be able to submit their own samples to the Pest Surveillance Initiative lab in Winnipeg (at no cost if they’re coming from a township-range that has not yet been surveyed — click

here
to see which township-ranges have already been tested.)

Meanwhile, many producers are wondering why MAFRD hasn’t released the exact locations of the confirmed cases of clubroot. Derksen explains they’re concerned the small number of samples conducted so far could make the soil test results misleading for growers.

“It was basically luck of the draw that we were finding it. We’re hoping with more samples we’ll have a more fair representation of where it is in the province,” she explains. “A grower might see he is five RMs over from any positive finding. Does he sit there and not worry about it? We still want everyone to get tested, not with just our sampling, but for growers to take the initiative themselves.”