“Is this what all those yellow fields are?”

Working in agriculture has allowed me to see nearly every corner of Alberta where farming occurs. From Magrath in the south to Fort Vermilion in the north. And yet somehow, the thousands of farmers in Alberta cover every acre and plant a crop each and every spring. 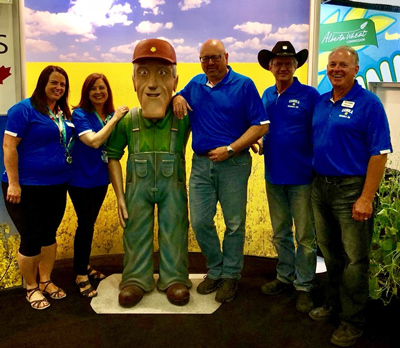 One of the rewards for driving around Alberta in the beginning of July is the amazing sight of the millions of acres of canola in bloom.  The vast prairie landscape becomes a large yellow and green patchwork that stretches to the horizon. In the full sun, some of the larger fields are nearly blinding they’re so bright. Not only does it accentuate the size of the place, but importance of the work we do on behalf of the canola farmers in Alberta.

It was with that in mind last week I made my way to Calgary to lend a hand in the Alberta Canola booth at the Calgary Stampede, where nearly every conversation I had began with some version of “Is this what all those yellow fields are?”. The Greatest Outdoor Show on Earth occurs at the same time the canola crop in Alberta is in full bloom and when

attendees get a glimpse of the Alberta Canola booth with bright pictures of canola fields, they make a beeline straight to the booth tell us all about how pretty those fields are and ask a thousand questions about farming in Alberta and canola oil and meal and all the different ways they are used. If you can imagine the question, it was asked.

It’s the best consumer engagement scenario one could ask for; consumers, some literally running to ask you questions.  It really speaks to how far away from farming so many people are.  And just as the yellow fields break up the endless prairie view, introducing an urban consumer to a canola farmer that planted those yellow fields has the same impact; the urban-rural divide is not as large anymore. 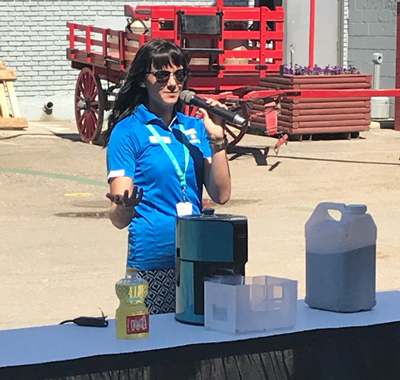 Farmers Mike Ammeter from Sylvan Lake Alberta and Wayne Truman from Redvers Saskatchewan were at the Alberta Canola booth with me and they made more than a few friends that day. Many urbanites, and it is a huge urban crowd at the Stampede, have never met a farmer, let alone have a conversation with one.  More than a few mentioned as they left the booth that it was the highlight of their day and they were glad they stopped by.  Consumers have a high degree of trust and respect for farmers and it was very clear to me that they will remember the conversation they just had.

Not everyone is a fan though, every year there are a few folks that provide a lecture on the evils of growing canola, usually because of GMO’s or crop protection products.  They don’t want to learn the farmers point of view.  But the opportunity was provided and that’s really what marketing and product promotion is; providing an opportunity to learn and make an impact.   That way, on that next trip to the grocery store, they might remember those bright yellow fields and the conversation with that farmer at Stampede and put that bottle of canola oil in their shopping bags. 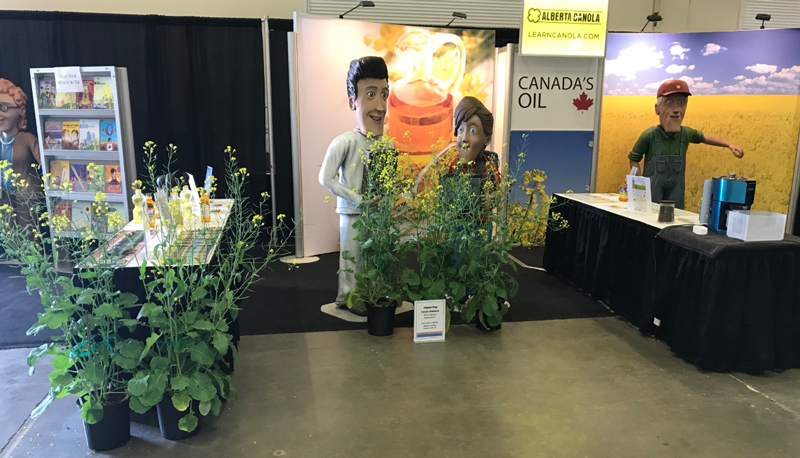 Visitors to Stampede quickly recognize the yellow flowers they saw out the plane or car window on the way to Calgary – from there the conversations begin about agriculture and Canada’s Oil.