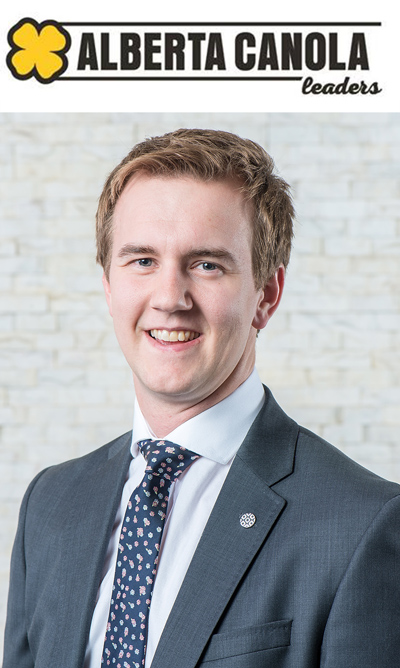 When first seeing a voicemail from a random number on my phone I thought well it must be another telemarketer, stats Canada or some other marketing company.

Turns out it was a random guy named Rick Taillieu from the Alberta Canola asking me to call him back about a leadership event. Rick asked if I would like to attend a young leaders event where we would be able to connect with other young farmers and learn about several different topics from respected speakers and presenters.

After telling Rick I would think about it I debated what I would be missing to make it to the event, or how much time it would take out of my busy schedule and what project I could be completing during that time. I decided to google it (cause that’s why we have google right). I came upon another review similar to this one.  I related with what he said and thought if he could get that much out of a conference there was no reason I shouldn’t go.

The event started with futurist Bob Treadway speaking to us about forecasting and strategic planning and I knew this was going to be a great event and that there were many things to learn as well as many bright minds to connect with. 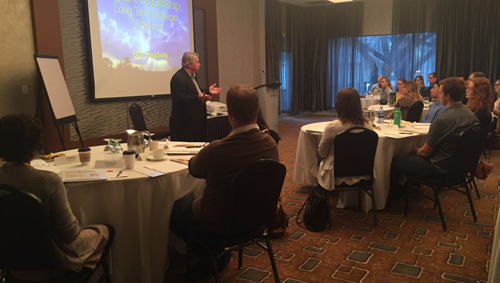 Bob Treadway works with the leaders to identify and prepare for future challenges and opportunities.

The group of young leaders invited brought many different aspects of agriculture together. There were greenhouse growers, cattle producers and grain famers to name a few. All play a role in the canola industry and all of them had a very different and insightful view into the business we all love… farming.

The event had a diverse group of speakers and mentors who all came from different aspects of ag (some of which I had never heard of). They all had the same goal, they wanted us to become stronger leaders in our farm community and to use ours skills to have an impact on the people around us.

Bob Treadway taught us not only to look into the future and have an open mind about what is going to happen, but to use our current resources and networks to make meaningful decisions and smart choices.

Next we learned about governance and all the work it takes to run an organization like the Alberta Canola Producers Commission. We were taught about making decisions on a board and how to resolve conflict. 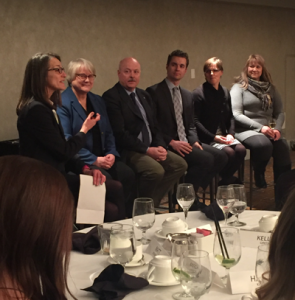 The policy panel was made up of Kelly Green, JoAnne Buth, Todd Hames, Brian Innes, Catherine Scovil and Karla Bergstrom.

We also had the privilege of learning some dining etiquette, which we don’t have to practice most days. Its usually “lets finish the meal as quick as possible so we can get back to the field”. On the second day we were able to put our brains to work as we presented in front of a mock panel as a lobby group. It got us outside our comfort zone and made us realize how organizations such as Alberta Canola or individual farmers can have an impact on the laws made by government or other issues which affect farmers Canada wide. Nearing the end of our time together we had the privilege of spending time with Shaun Haney and one of his reporters, Owen Roberts, from Real Agriculture. They had some excellent advice on how to approach and handle the media. We got to sit down and practice talking on radio with Shaun. It was a great time to practice speaking on air without worrying about what was going to be asked or how you would respond.

The best part of this event was that the young farmers who came together all learned from each other and there were lots of us that wanted to stay connected. I knew this event had an impact on me because even a week after I was thinking about it and utilizing some of the ideas we learnt about. Farmers will be under more scrutiny and be involved in controversial topics over the next years and this leadership event prepared us to start to deal with this.

I want to say thank you to the Alberta Canola Producers Commission for inviting me and my colleagues to this event. We learned a lot from the speakers and mentors involved and hopefully one day we can have an impact on the generations after us. I look forward to attending more great events like this where I can meet great people and become a more educated farmer.

The 2017 Alberta Canola Leaders came from farms across Alberta.

Bill 9: Proposed Changes to the Marketing of Agricultural Products Act