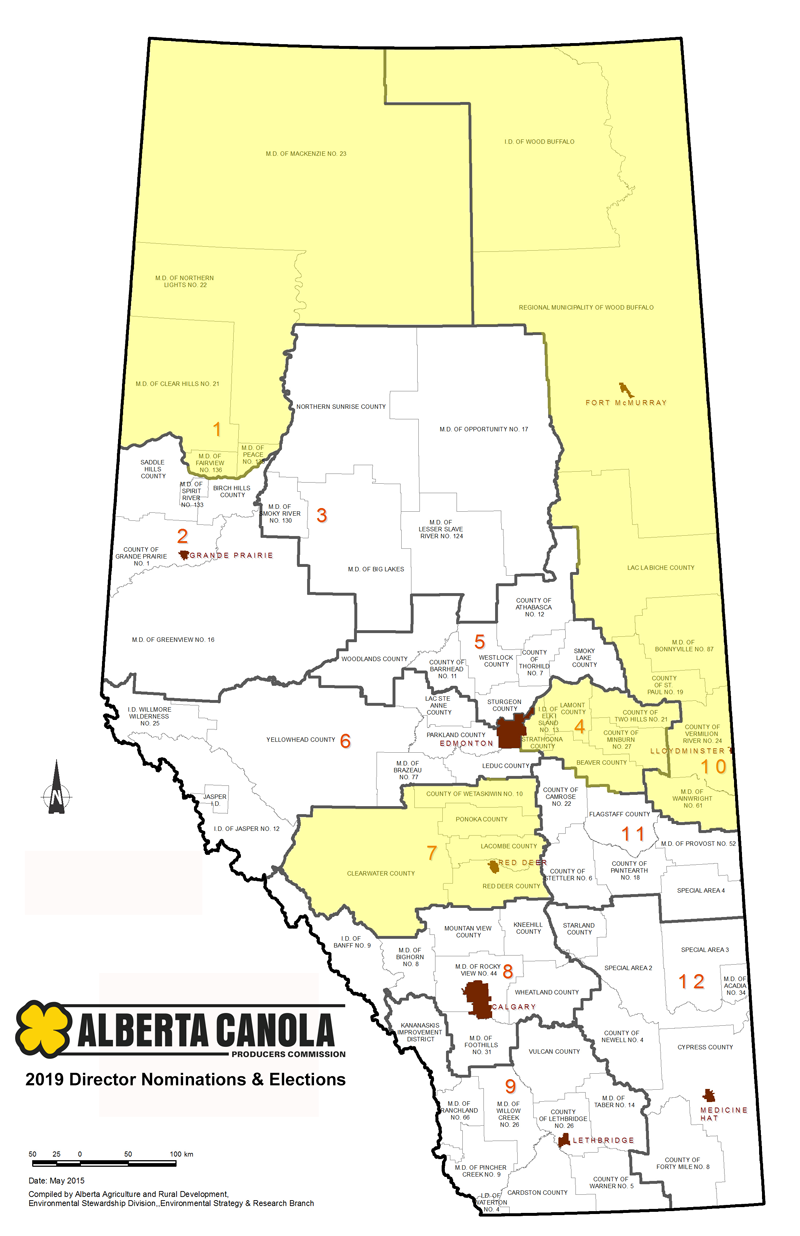 The Alberta Canola Producers Commission is seeking four canola growers to serve as directors on the board of directors for a 3-year term. This year, directors are needed in regions 1, 4, 7, and 10.

Alberta Canola divides Alberta into 12 regions, with each region electing a producer director to represent the canola growers within that region. Visit albertacanola.com/regions for a map and information on the regions.

The Board of Directors meets quarterly and is guided in decision making by five committees comprised of board members and staff.

Can I become an Alberta Canola Director?

Do you grow canola in Alberta? Then yes!

Any producer who has paid a service charge on canola sold since August 1, 2017 can stand for election as a Director. An eligible producer can be an individual, corporation, partnership, or organization and must produce canola within the defined region in order to be nominated. A producer does not have to reside within the region.

What do I actually have to do as a Director?

For complete details on becoming a director and to download nomination forms visit albertacanola.com/elections

Nominations for the position of Director must be filed in writing at the Alberta Canola office on or before 4:00 pm on October 31, 2019.

The Alberta Canola Producers Commission was the province’s first refundable check-off producer organization. The mandate of Alberta Canola is to increase the long term success of Alberta canola growers through research, producer and consumer education programs, and policy development.