I had the pleasure of attending Farm Management Canada’s (FMC) AgEx 2017 Conference in Kanata, Ontario November 21-23 on behalf of Alberta Canola. In 2016, Alberta Canola formed a strategic alliance with Farm Management Canada to work together to help deliver farm management information. I embarked on the trek to Ottawa knowing very little about FMC other than a few AgriWebinars I have taken in online over the past several winters. Needless to say, I came away with a whole new appreciation for what this Canadian farm organization does for western and eastern Canadian farmers. 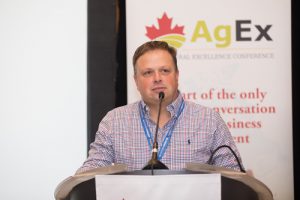 On the first evening, I was surprised to find out that FMC’s Chair is an Alberta farmer, Sterling Hilton, from the Strathmore area who gave the opening welcome. I was then again surprised to hear that this was FMC’s 25th anniversary. One of the founding members,  Wilson Loree (@WilsonLoree), also from Alberta, explained how the group was formulated many years ago and how it has evolved and changed with the times up to current.

FMC is an organization currently funded by ag businesses and organizations across the country with a matching grant from AAFC (Agriculture & Agri Food Canada). The main thrust of the organization is to further farm management and farm financial coaching, something that often isn’t well discussed or developed on many of our farms. Too many operations are focused on running the farm here and now, not planning for the future or focusing on what makes them money today. A huge part of their work is benchmarking financial situations, determining farm costs vs revenues and aiding with farm transition. Yes, transition!  The industry is making a change from the term succession to transition. Mark that down, I’m sure you will hear more of that in the near future. 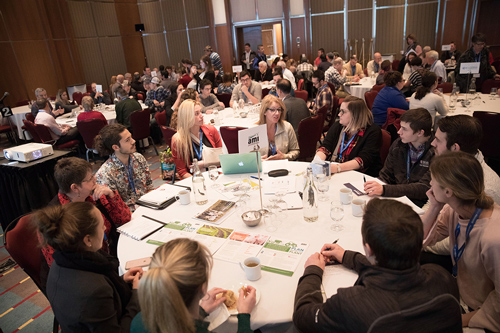 Roundtable discussions at the AgEx conference

On the first morning, I sat for breakfast with a table of folks from across the country, including a couple who have a hog farm in Rocky Mountain House.  Also at our table, was a young lady, Sarah, whose farm grew wild birds and shipped them across North America to hunting ranches and others who just enjoy having the native birds around. She explained that she has 5 acres netted and plans to have another 5 acres netted within the next year or two. Most of these birds are actually shipped at one day old after their incubation, sometimes having to deliver them at 3am to the airport. A very neat & unique business. Much to my surprise, after the banquet that night, I found out the rest of her story that she was too modest to explain. This young lady, who has a 3 yr old, operated the farm in Lambton County, ON, with her father until a year ago when he passed away suddenly due to heart issues. Since his unexpected passing, she has now taken over the game farm and become the sole decision maker, virtually over night. And the rest of the story, as Paul Harvey would say, only came out as she was announced as the FMC annual winner of the Bob Ross Scholarship! Congrats to Sarah Jackson (@Uplandssarah), an award well earned. Several other awards were given out, including the Wilson Loree Award to Darrell Wade, which last year was won by Alberta’s Merle Good, when the conference was held in Calgary. 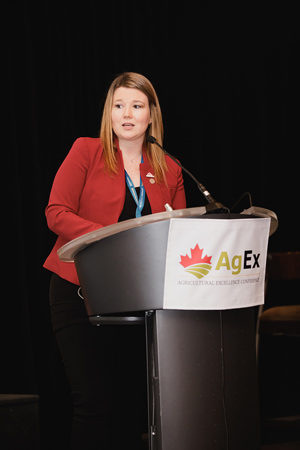 The conference hosted many well known farm mgmt experts such as Elaine Froese (@ElaineFroese), Terry Betker (@Backswath), Ontario’s version of “Merle”, Len Davies (@LenDLPG), and many, many more. Heather Watson (@MsHeatherWatson), Executive Director for FMC, hosted the event which included many “new to me” ways of having breakouts, table hops and live case studies.

The Nuffield Scholarship (@NuffieldCanada) conference was held in conjunction with this conference. Several Nuffield Scholars were in attendance & Clair Doan (@clairdoan), a young turkey farmer from Norwich, ON, gave us a presentation on his 7 week world tour. My take home from his presentation was that we had better give our global customers what they are asking for, or else they will find someone else in the world that will!

All in all, a great learning experience for me. Had me thinking about more things that I could, and probably should do on our farm. For more info, pictures and accounts of this years conference, search #AgExConf17. Next years conference will be held in Winnipeg. Watch @FMC_GMC  or visit the Farm Management Canada website for more details! 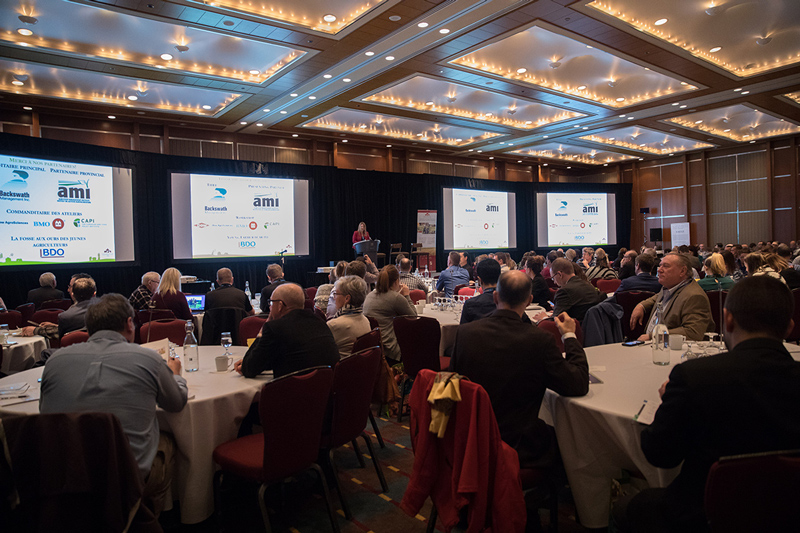