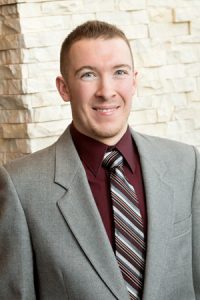 What’s an agri-food supercluster? What’s going on with NAFTA? And where does the Ukraine fit in? These were questions answered at The Visions 2018 Conference hosted by the Alberta Agricultural Economics Association (AAEA) and the University of Alberta on July 4-5.

The Government of Canada defines a “Cluster” as a dense area of business activity containing a critical mass of large and small companies, post-secondary and other research institutions. They energize the economy and act as engines of growth.

So why is this important? The conferences main guest speakers were a Ukrainian Delegate who were here to discuss the emerging Ukrainian agricultural market and Ukrainian Superclusters.

Natalia Hordiichuk, founder of The Ukrainian Food Valley and Agritema LLC spoke about the Ukrainian Horseradish Cluster, its sustainability, and its potential in world markets. She discussed the difficulty for Ukrainian producers to acquire capital, and how Ukraine has a negative attitude towards corporations because of Soviet influence.

Natalia’s main message along with the rest of the Ukrainian delegation was to emphasize that Ukraine should be one of the big world markets for agriculture. Ukraine has vast potential in the world agri-food market, but they require foreign investment to kickstart the process.

The second session touched on grain handling and transportation and the passing of Bill C-49. Quorum Corporation’s Bruce McFadden presented on the status of this.

The third session brought discussions on trade, NAFTA, and the possibility of forming relationships with Ukraine and China. The first speaker was Marija Pavleska from U of A’s China Institute and she spoke on the potential for a highly beneficial Canada-China Free Trade Agreement (CCFTA).

Alberta Agriculture and Forestry’s Aarij Bashir and FAO’s Kate Zverieva both spoke about the benefits of the Canada-Ukraine Free Trade Agreement (CUFTA), as a big chunk of Canada’s agri-food sector is export dominated.

Overall, this conference was a phenomenal learning experience, and was an invaluable experience that I will remember for the rest of my life. It not only taught me about agri-food clusters, but it enhanced my knowledge on world trade, free trade agreements, NAFTA, China as a key market, and how the Ukraine is a large agri-food market in waiting. I would like to thank Alberta Canola for giving me the opportunity to attend such an informative conference. The chance to meet the Ukrainian delegation and to connect with key agriculture industry players, as a summer student, was an invaluable experience that I won’t soon forget.