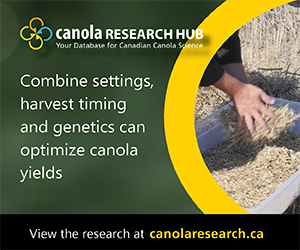 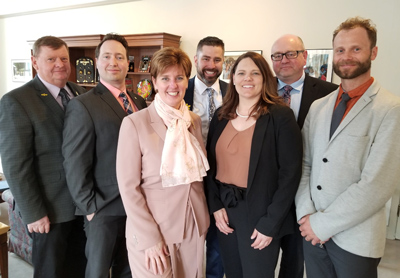 I recently had the privilege to participate in Team Alberta’s delegation to Ottawa, advocating on behalf of the Alberta Canola, Alberta Wheat and Barley, and Alberta Pulse Growers commissions.  On April 9 and 10, representatives from Team Alberta and the Grain Growers of Canada, met with Members of Parliament, Senators, and government officials in order to advocate for free trade, the diversification export markets, transportation, and regulatory reform, among other issues.

Speaking on behalf of the province’s 20,000 crop producers, Team Alberta was able to raise a number of concerns with elected officials and were provided with an opportunity to engage in meaningful dialogue and offer first-hand insights into how policy affects farmers’ lives and businesses.  Directors and staff from the four crop commissions had the opportunity to discuss:

Meeting in person allowed Team Alberta to communicate the challenges and opportunities faced by producers through an account of our first hand experiences in our own operations.  The voice of the producer is critical in informing a meaningful conversation with elected officials, many of whom are removed from the daily realities of the occupation. 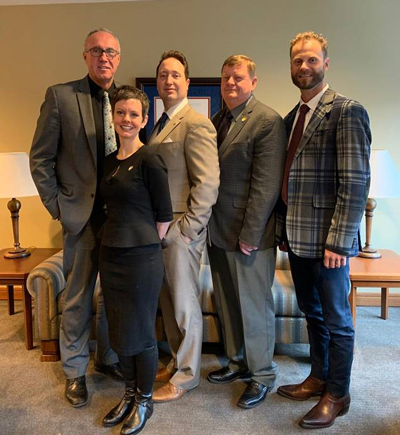 We met with MPs and Senators from all three major political parties, and all expressed an interest in our farms, and in how we are impacted by issues.  There were excellent questions and a deep empathy for issues being faced by the industry.  As I engaged in this advocacy, I couldn’t help but think of the proverb which goes, “The tongue can paint what the eyes can’t see.”  We as producers are a small minority in Canada, and our observations and lived experiences provide insights into the issues that affect agriculture in ways that simply reading about them simply doesn’t convey.  As more and more Canadians become removed from primary agriculture, the perspective of producers is invaluable to contextualizing both challenges, and opportunities.  This is an important part of advocacy and outreach.  It’s important that the voices of producers are heard in Ottawa, and elected representatives understand how their decisions and actions impact producers, their families, and their communities.

The skills required to clarify issues, highlight issues, and engage in meaningful dialogue within a limited amount of time are all skills that Alberta Canola instilled as a component of their Young Leaders Program.  I had the privilege of attending the workshop in 2018, where young producers were able to practice these very scenarios, role-playing with real politicians and political staffers.  Understanding the format of these meetings, and how to convey a message is critically important as producers are often called upon to speak about their own experiences, and on behalf of their industry.  As the industry evolves, it will be today’s young producers who will meet tomorrow’s challenges, guide agricultural policy and drive community engagement.  I personally feel that the training I received as a young producer and new director prepared me to contribute meaningfully to the industry that I love, equipped me to serve as an ambassador for agriculture.