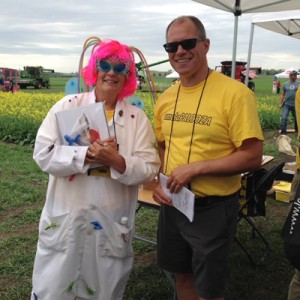 canolaPALOOZA 2016 was held on June 28th at the Lacombe Research and Development Center. The second time this event has now been hosted, it saw over double the attendees it had in it’s first year: almost 500 registered guests. This was my first time attending the event, and it was great to spend the day walking around all the different canola plots.

I really enjoyed getting a chance to question the experts one on one about the many different scenarios that were presented in the trials and demonstrations. I got to learn from a diversity of plots; some that were pre seed burned off vs some that were not, different rates of product used to spray in crop and more. Tom Wolf was teaching the attendees about sprayer nozzles, coverage and drift (creatively using a bubble machine to show drift!) and everyone seemed to be enjoying it and learning a lot at the same time.

Another popular demonstration was the hail simulator – a custom machine that shows the beating canola takes in a storm. A couple of stations you don’t normally see at field days included the history of canola and the Brassica triangle that showed how our crops are related to other vegetables and plants and they were very interesting! 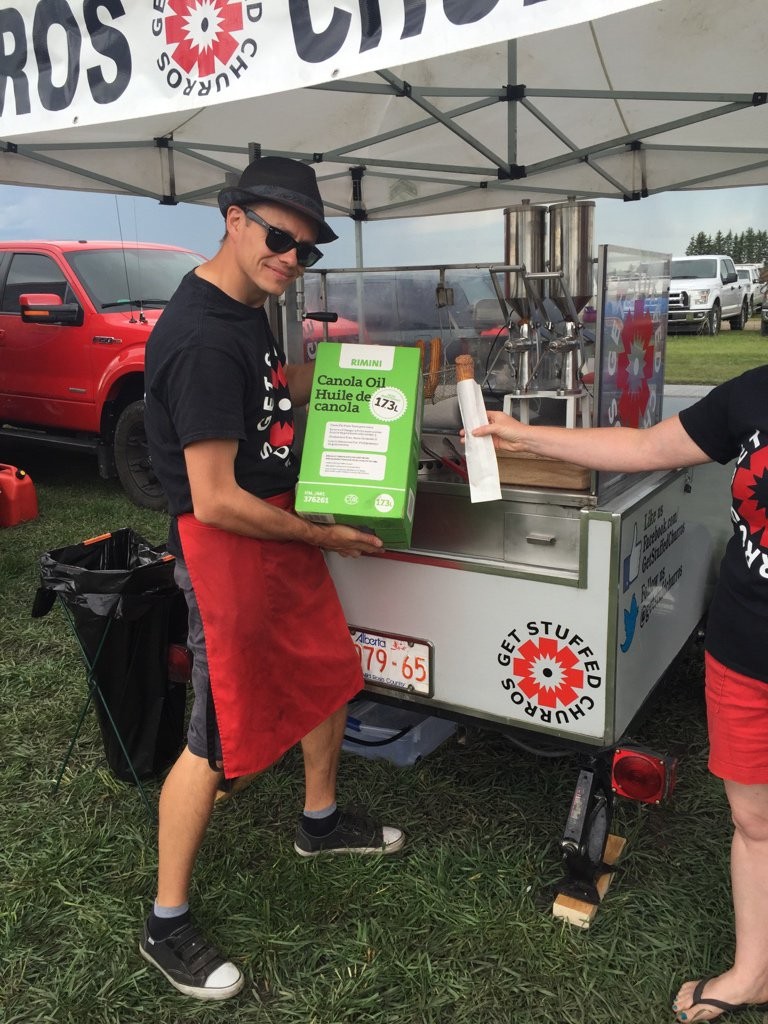 All of the food trucks prepared foods using canola oil.

Further along my walk were topics like nutrient management, canola seed production, and insects aka: how we deal with everything that likes to eat canola (and the ones that help canola too!). The weed management session featured a new mechanical weed control machine called the CombCut which was definitely interesting to see. I also learned how to manage canola stands that are not uniform or as dense as one would like. The harvest management stop addressed proper loss measurement as well as options and information on straight cutting canola.

The popular event at lunch was the live Canola Family Feud under the big top tent. There is definitely no more entertaining way to learn canola facts from experts from across Canada (and see some neighbours battle it out too!).

Lunch time saw the food trucks busy and there was a great variety of food from which you could choose. Churros (cooked in canola oil!) were among the crowd favorite.

I would say canolaPALOOZA 2016 was a huge success and I’m looking forward to attending the next one! 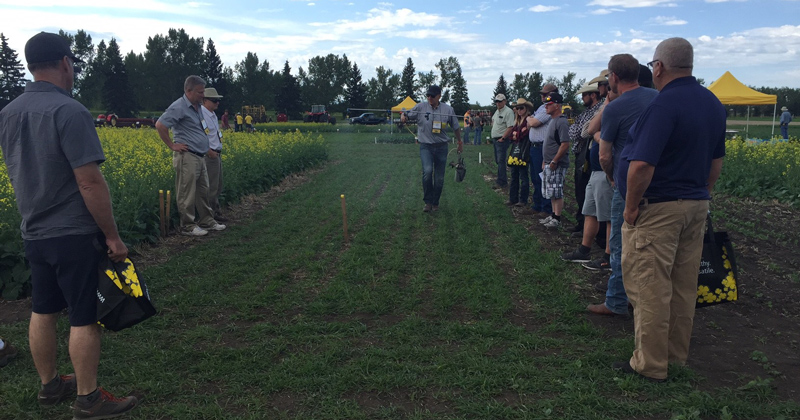