A virtual, half-day event bringing together the Canadian crop value chains hosted by the Canola Council of Canada and the Canada Grains Council
Online

Clubroot Infested Areas in Alberta in 2015

Clubroot is a serious soil-borne disease of canola, mustard and cole crops, and is a declared pest under Alberta’s Agricultural Pests Act. It is not a new disease in Canada or Alberta for cole crops. However, since its discovery in the first canola field near Edmonton in 2003, it has spread to a number of counties in Alberta. Clubroot continues to spread and is a significant concern for Alberta producers.

This map shows the extent and intensity of clubroot infestations in Alberta by county. The infestations are cumulative results from the efforts of many surveyors over the years: staff from the University of Alberta; Agricultural Fieldmen from counties, municipal districts and special areas; and Alberta Agriculture and Rural Development. 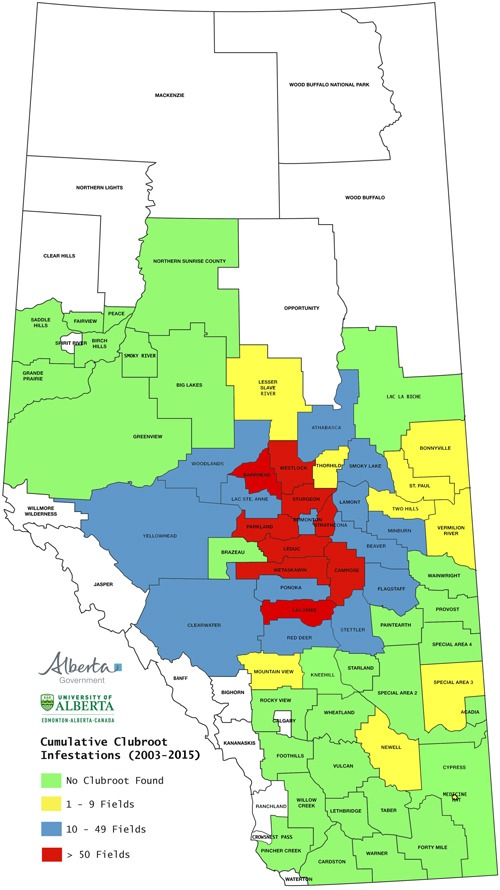 Additional information regarding Clubroot Disease of Canola and Mustard and the Alberta Clubroot Management Plan are available on-line.

A virtual, half-day event bringing together the Canadian crop value chains hosted by the Canola Council of Canada and the Canada Grains Council
Online