Clubroot Infested Areas in Alberta in 2013

Clubroot is a serious soil-borne disease of canola and is considered a declared pest under Alberta’s Agricultural Pests Act. It is not a new disease in Canada or Alberta; however, over the last decade it has been found in a number of counties in Alberta. Clubroot continues to spread and is a significant concern for Alberta producers. 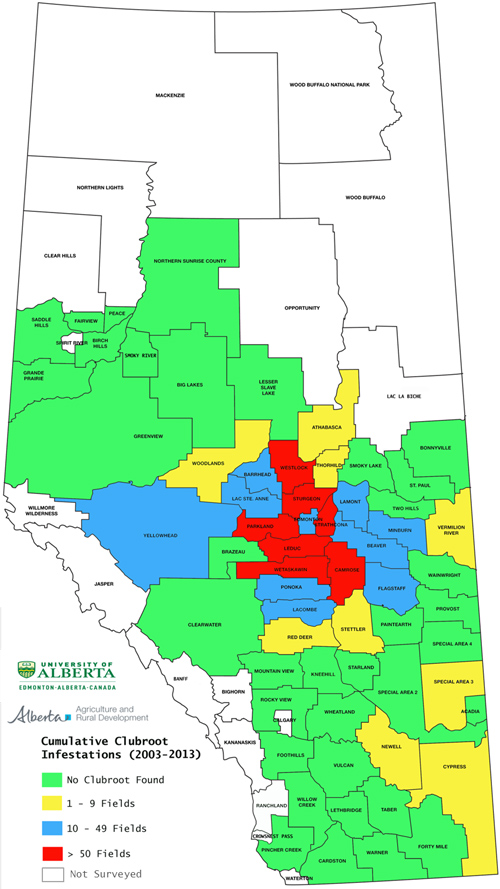 Cumulative clubroot infestations as of November 2013 from University of Alberta, Alberta Agriculture and county surveys.