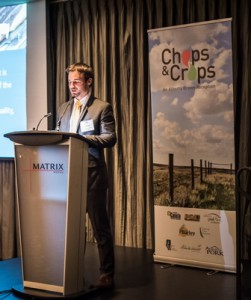 On November 23rd, the staff and directors of Alberta Canola participated in the fourth annual Chops & Crops Reception at the Matrix hotel in Edmonton. The mix and mingle event is organized by Alberta Canola, the other major Alberta cropping commissions (Alberta Wheat, Alberta Barley, Alberta Pulse, Potato Growers, and Oat Growers), Alberta Pork and Alberta Lamb as a showcase of our industry and it’s fine products, as food from all participating groups is served throughout the evening. It is a great opportunity to gather government and opposition MLAs, government staff and industry leaders in a setting where connections can be made, ideas shared and issues discussed without the formality that often exists in government relations.

The event opened with welcoming comments from Alberta Canola’s chair Lee Markert. Lee spoke about the importance of building relationships between those representing farmers and those who ultimately develop policies relating to agriculture. He also took the opportunity to highlight agriculture’s contribution to the Alberta economy and its important role in employing over 60,000 people and being fundamental to a healthy, prosperous and thriving rural community. 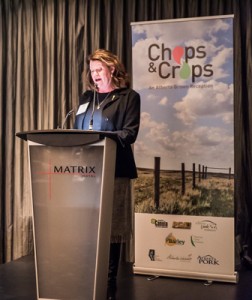 The change of government in May meant that this event was the first chance for many of the producer organizations to meet the new “Crop” of MLA’s and government staff. The Honorable Lori Sigurdson, Minister of Jobs, Skills, Training and Labour, brought greetings on behalf of the government and was available to talk with attendees throughout much of the evening. Commission directors and staff were able to have many great conversations with individual MLA’s from all parties, building relationships that will help further agriculture policy discussions in the future. Throughout the evening producer groups reiterated the importance of and their willingness to participate in meaningful consultation when developing agriculture policy.

Although the event was a great success it was not without a grey cloud. As the evening progressed word began to circulate that MLA Manmeet Bhulaar had passed away earlier that day. I’m sure I speak for all in attendance that we were reminded of how precious life is and send our thoughts and prayers to his family, friends and colleagues. It reinforces that we need to appreciate the commitment and sacrifice that all MLAs make on behalf of Albertans. 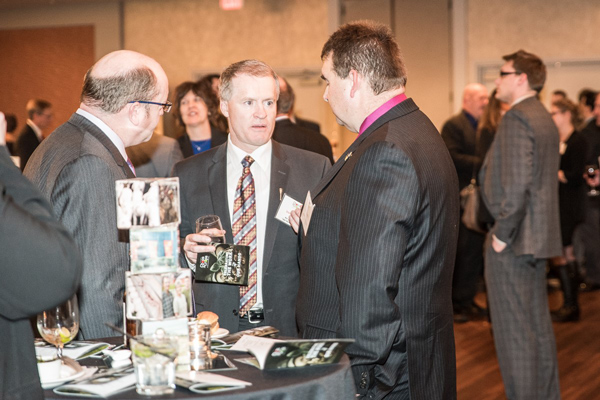 Thank you to all who attended the event. It was a pleasure to share not only innovative and delicious home grown cuisine but also our passions for Alberta agriculture and the people who make it what it is. We look forward to next year’s Chops and Crops event.

Clubroot Infested Areas in Alberta in 2015