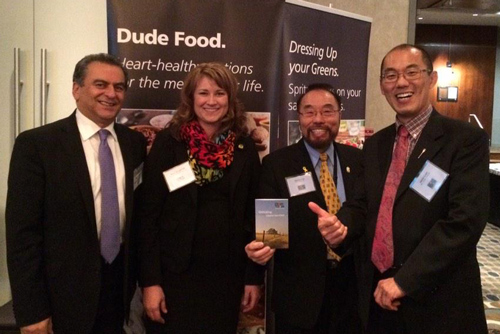 In 2014, the event took place December 9 in Edmonton and saw Premier Jim Prentice among many other influential government representatives such as Minister Verlyn Olson spend the evening with our partnership of agricultural producer groups from across Alberta. These ministers, MLAs and other government representatives had the opportunity to engage directly with agriculture’s stakeholders and producers, to learn how they ensure we are responsible stewards of the land while focusing on food safety and animal welfare.

“We are honoured that Premier Prentice, Agriculture Minister Olsen and so many others took the time to attend this event, demonstrating their commitment to agriculture in this province and its contribution both to the economy, and the health and wellness of its residents,“ says Colin Felstad, past Chair of the ACPC and local Dapp, Alberta farmer who attended the event.