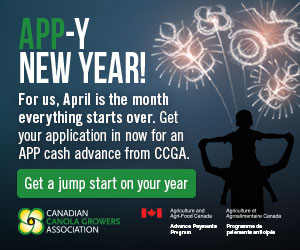 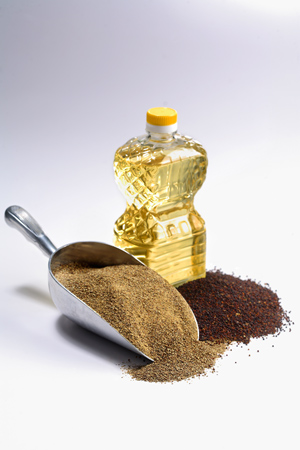 Canola market reports will often refer to crush margins changing, and therefore the price of canola was affected. What is the crush margin and why is important to canola prices?

“The crush margin is a comparison of the buying price of canola to the selling price of the products of the canola crush, canola oil and canola meal,” says Neil Blue, crop market analyst, Alberta Agriculture and Forestry, Vermilion. “The actual crush margins are known only to the individual commercial businesses involved in the processing. They can reflect premiums or discounts for quality factors and be based on contracts entered into many months ago. From their crush margin, the crusher still has all of the costs of operation to cover.”

To calculate a “board” canola crush margin, the ICE Canada canola futures price is used and, since there is not a canola oil or canola meal futures market trading in Canada, the U.S. futures markets for soybean oil and soybean meal are used as a substitute, with an adjustment for average component differences. “U.S. soybean oil trades in cents/pound and U.S. soybean meal trades in $/2000 lb. ton, so adjustments are made to convert the products to $/metric tonne. Although it no longer accurately reflects current canola seed content, canola is assumed to contain 40 per cent oil and 60 percent meal. Because the U.S. futures prices are used in the calculation, a currency adjustment is also made.”

The following is the board canola crush formula:

“Keeping in mind that actual crusher margins do not necessarily match the calculated board crush margin, over the last 18 months, the canola board crush margin has dropped from $200+/tonne in February 2014 to the current level of about $50/tonne, even though the Canadian dollar has weakened during that time,” says Blue.

“The implication, especially with the limited size of the 2015 Canadian canola crop, is that Canadian canola crushers will not be operating at full capacity this crop year. However, canola crush margins could improve! The Canadian dollar could remain low, U.S. meal prices could rebound after harvest, and vegetable oil values in general may improve. May through August rain in Malaysia and Indonesia, who are major producers of palm oil, has been just half of average. That could reduce palm oil production in a few months and support all vegetable oil prices.”

Canola meal and oil have well developed markets, and that will keep Canadian crushers keen to attract canola deliveries in competition with export demand. “You may expect stronger canola basis levels again this season after harvest selling pressure subsides.”

This Agri-News article was provided by Alberta Agriculture & Forestry.

Read all Agri-News articles and subscribe to the weekly email