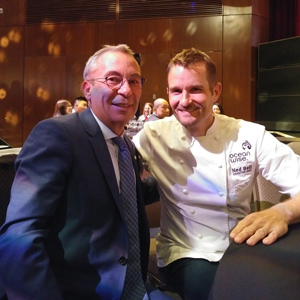 Founded in 2008, the Chinese Restaurant Awards recognize the best Chinese and Taiwanese cuisine in Metro Vancouver. With China being the leading importer of Canola from Canada, it’s no surprise that an increasing number of restaurants are making use of local ingredients like canola oil.

Alberta Canola has been involved with the Chinese Restaurant Awards for 6 years and in 2017 officially became the presenting sponsor of the Chinese Master Chefs program. It supports culinary talents in Vancouver, and it invites the public to learn about the Masters’ culinary journeys and their creative use of fresh Canadian ingredients. Being sponsors of events like these shines a spotlight on the canola industry and attracts more investments and trade opportunities.

I had the pleasure of representing Alberta Canola at this year’s awards and this was my first time attending the awards. In its tenth year, this year’s awards were held at The River Rock Show Theatre in Richmond BC. Alberta Canola was the official cooking oil for the 2017 awards and the presenting sponsor of the 2018 Critics Choice Signature Dish Awards. 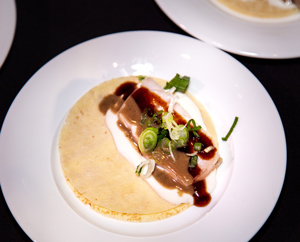 The awards show started after the tasting reception, with the first awards presented to the 2018 Diners’ Choice categories. The winners in this category were chosen by the public through online voting prior to the awards show.  Exclusive to the 10th anniversary celebration was The Elite 10 Awards, which honor the ten most outstanding restaurants of the last decade, chosen by a judging panel of food critics.

On behalf of Alberta Canola, I had the honor of presenting the award for the Best Cantonese Restaurant to Fortune Terrace Chinese Cuisine and the following 10 awards for the Critic’s Choice Signature Dish Awards (they highlight the 10 must-taste signature dishes of the year): 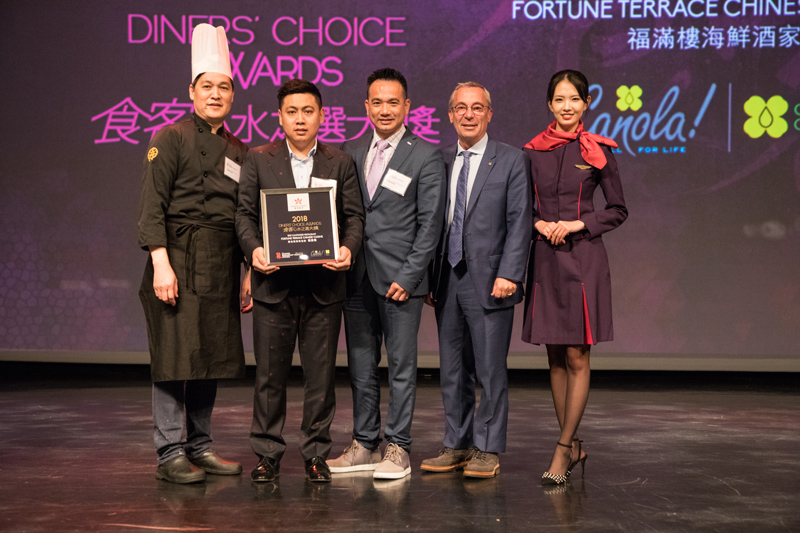