Presenters will cover topics such as proper staging for pre-harvest glyphosate application, the importance of following pre-harvest intervals for crop protection products and scouting for disease.
Online, Webinar 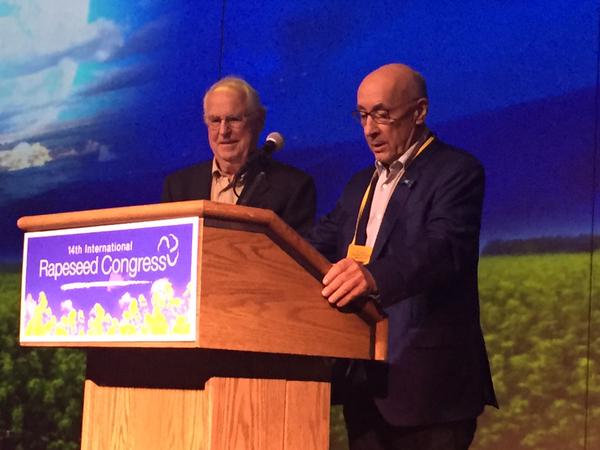 As the current Chair of the Alberta Canola Producers Commission Agronomic Research committee, I had the opportunity to attend the 14th International Rapeseed Congress held in Saskatoon, Saskatchewan July 5-9, 2015. Due to the importance of canola in Alberta and Canada, ACPC saw the value in providing sponsorship support to help host this event.  This convention attracts the leading rapeseed and canola breeders and research scientists from around the world every 4 years. At the event, the newest findings are shared with fellow researchers in a collaborative effort to continue to advance and protect this worldwide oilseed crop and our beloved canola.

As a farmer, I experienced several different aspects of the Congress.  I was excited to see such passion and concentrated effort on one of the important crops in Alberta. On a local level, we occasionally get to meet and learn from our local research scientists who work diligently on canola to help ensure its continued success but I was amazed to see the greater network that indirectly supports us here in Canada.  Additionally, as a farmer, I was overwhelmed with how complex of a crop canola really is.  It was humbling to realize how little we actually know as farmers.  As we continue to encounter new challenges, it is reassuring to know that there is a huge community worldwide working to advance and protect this valuable crop.  As a Canadian farmer, I am proud of our entire industry here in Canada as our researchers for canola are among the best in the world.

To kick off the event, Dr. Keith Downey, known as one of the fathers of Canola, opened the Congress with a historical overview of the Rapeseed/Canola timeline since it was introduced in Canada.  Being able to listen to Dr. Downey’s contributions to Canola over his career was an exciting opportunity.

Over the 4 day event, 3 days were devoted to concurrent sessions where the results of recently completed research projects, were presented.  A broad range of topics were covered.  Categories of presented research summaries included; Genomics, Genetic Diversity, Breeding Technics, Agronomy, Insects, Oil Nutrition, Meal Nutrition, Clubroot Genetics, Blackleg, Nutrient Efficiency, Policy, Sustainability and many other important areas.  Over 150 different projects were available for participants to learn about from participating researchers. 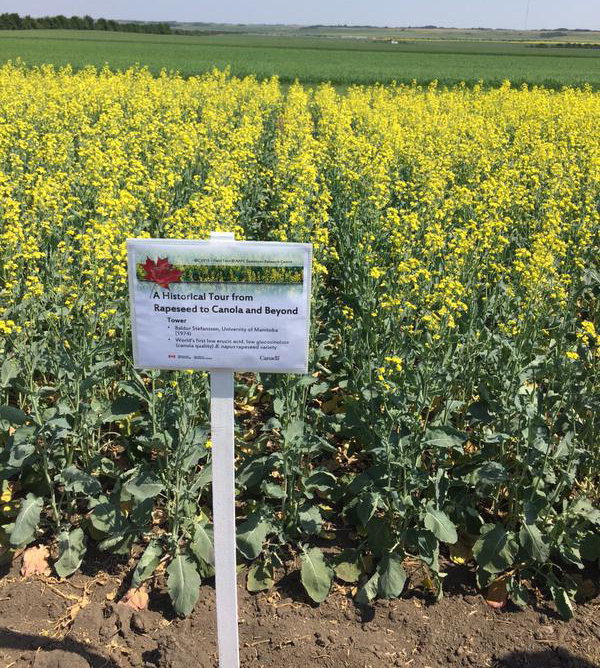 The final day of the Congress allowed participants from Canada and around the world to see a sample of western Canadian field research sites and field demonstration plots in the Saskatoon area.  Tour options included Agriculture Agri-Food Canada Saskatoon Research Station and Monsanto Canada research facility or Bayer Crop Sciences research station and Canola Council of Canada Demonstration plots.  The tour group I travelled with visited Monsanto where we were shown their newest commercial canola varieties and discussed upcoming technology.  The tour of Agriculture Agri-Food Canada included various plots where a living history of the development of Canola in Canada was showcased by Keith Downey.  Other points of interest included Camelina and Carinata trials, insect pest monitoring, and several other trait investigation and genetic mapping trials.

As a Director with Alberta Canola Producers Commission and a farmer, being able to attend the International Rapeseed Congress was a rare opportunity.  Being able to learn more of what the research community is working on to protect and advance canola and rapeseed around the world reassured me of the future of canola here in Canada.

Listen to the Canola Watch podcast “The Past, Present and Future of Canola” recorded at the Congress with Daryl Tuck, Keith Downey, Curtis Rempel and host Jay Whetter.

Presenters will cover topics such as proper staging for pre-harvest glyphosate application, the importance of following pre-harvest intervals for crop protection products and scouting for disease.
Online, Webinar 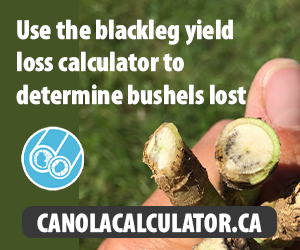